Raleigh City Council Work Session - June 8, 2021
As background, Raleigh City Councillor Patrick Buffkin spoke about the building and location of affordable housing:
"Another benefit of having mixed incomes in these developments is you build a more healthy community," Buffkin said towards the end of the meeting. "What Mayor Schewel said when he talked to us was, 'Don't build projects that house only poor people.' These are places that are devoid of hope. There are very few role models for the children that live there and a much better way for the community is to have this mix of incomes, people from different backgrounds, people from different means helping each other to learn how to live together."
The IndyWeek provides a good synopsis which we would encourage you to read.
Councillor Buffkin's comments provoked a flurry of rebuttals. 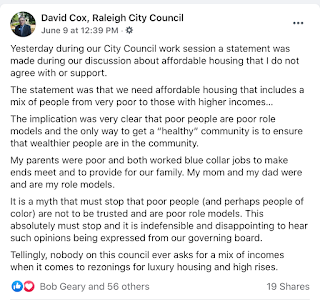 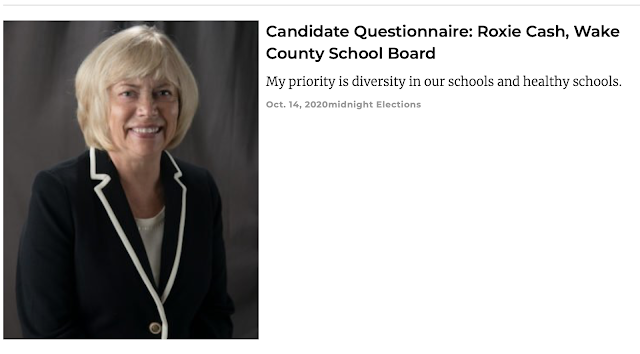 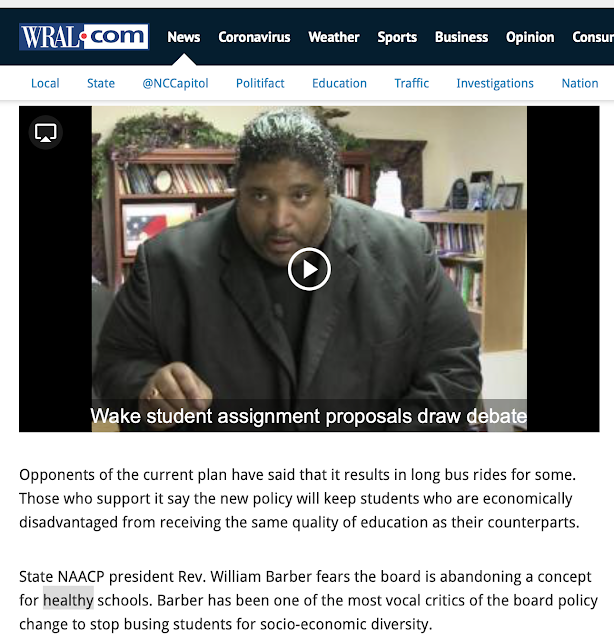 WRAL, 6-8-11
We could post these endlessly as the left has spent seven figure levels on this issue in Wake County. The left has pushed segregated magnet schools to keep downtown Raleigh communities more amenable to gentrification. They've made the  argument, using segregation as a ruse, that schools must have a proper mix of rich and poor - otherwise these schools aren't "healthy."
We'll close with Nicole Bennett's statement:
"To imply that simply adding people with higher incomes will somehow help their moral character is offensive and reinforces many of the racist undertones upon which many of our policies, programs, and procedures are centered," Bennett wrote."
The left has currently decided to attack Councillor Buffkin for saying the same thing they've said for years.
Please make up your minds.